Having grown up on several continents and coming from a multi-ethnic background, it’s safe to say that I am multi-cultural. I am also, I’d like to believe, open minded. Indeed, when I travel to places, I fully expect different cultures to both behave differently from one another and to communicate uniquely. In the communications field we have all heard of the car-naming dilemmas that manufacturers have faced over the years. My favorite was the Pinto debacle in Brazil. Yes, in Brazilian slang, ‘pinto’ refers to male genitals.

Images also have a way of offending. During my time with the International Organization for Migration, there was a huge debate about an extraordinary image shot by my friend Sebastiao Salgado [a good site with much of his work on Artsy]. It was the image of an African woman breast feeding. Wouldn’t you know it, several countries on the Executive Board, including the US, objected to the image. Sebastiao was rightfully outraged. We ended up using another one of his images, equally as good, but not as powerful in the context of the campaign. 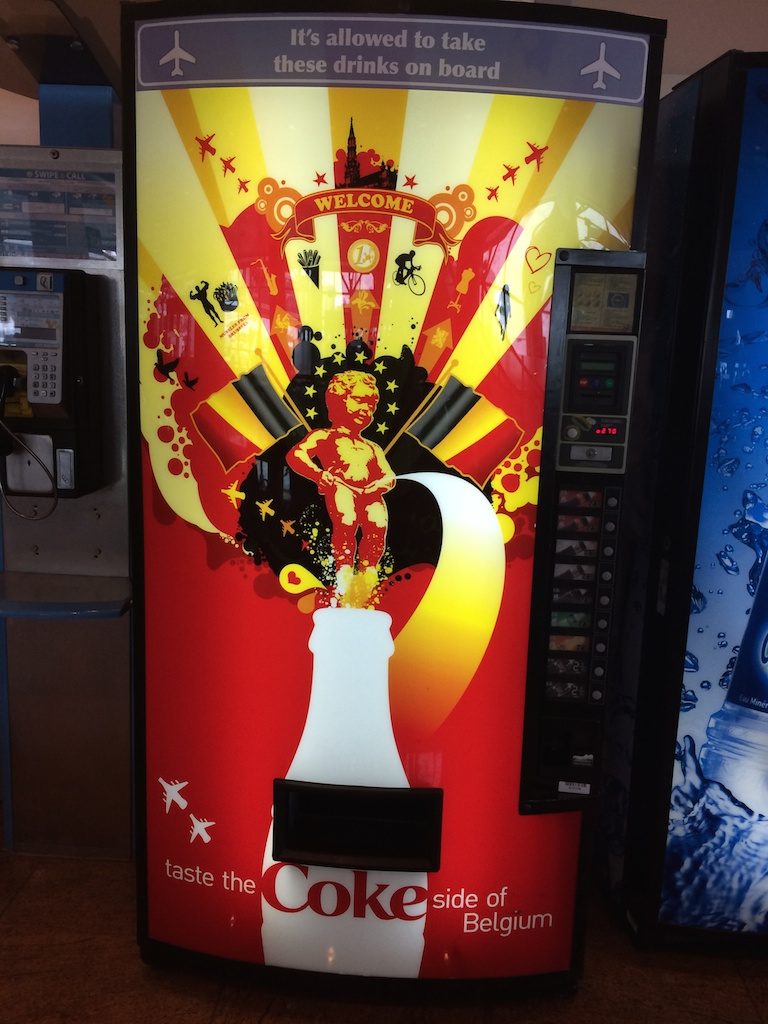 Which brings me to Coca-Cola in Belgium. Just the other day, I flew through Brussels airport and saw this vending machine. That’s right, it’s a picture of the Manneken Pis, a very famous statue in Brussels. To be candid, it might be a famous statue and the Belgians must be very fond of it, but to me, urinating is a pretty universal concept that does not, in my humble opinion, marry itself very well with the sale of a refreshing drink. My thinking is that this front piece is new, that someone was asleep at the wheel and that it will soon be pulled. However, if I am wrong and this is indeed a well-thought campaign, then forgive me for not buying a Coke Zero that day (which I was about to).