I live in a country that is, broadly speaking, split in half. I, however, believe that as with a couple’s quarrel, by day two, neither side really knows why it’s angry or in disagreement. In the USA, for example, many of the disaffected white Republican voters are actually beneficiaries of the very social programs they wish away. Many of the billionaire Democrats ally themselves with a party and an ideology that would see their billions somewhat reduced. 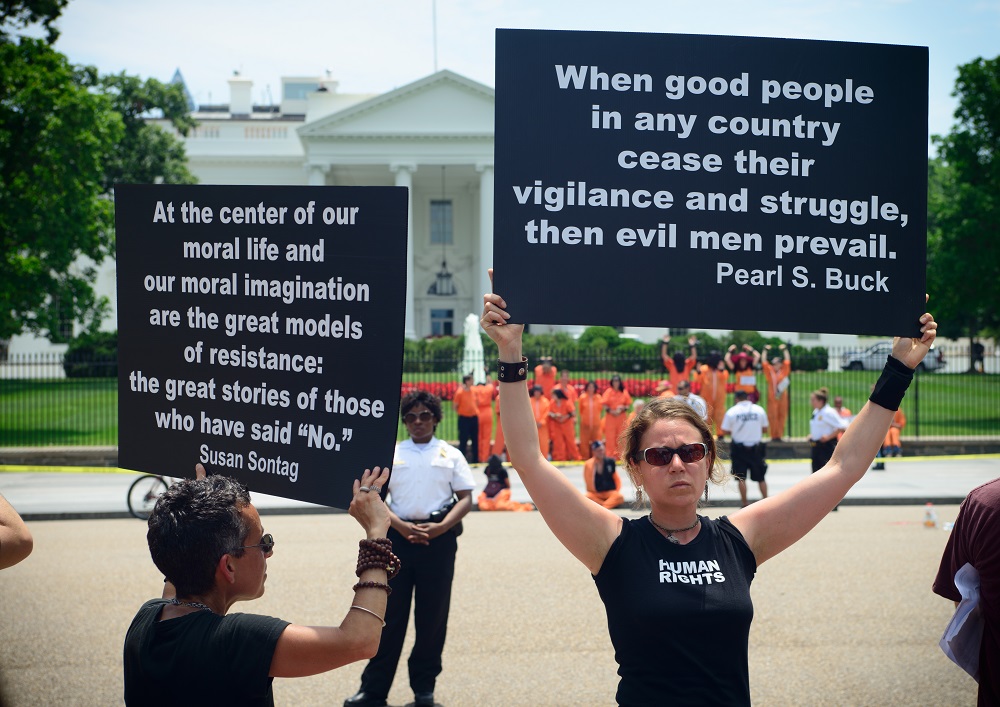 I don’t mind differences of opinion, they are what fuel creativity and progress. What I do fear is when these divides become so pronounced, so emotional and, to a large degree, irrational. This is what is happening both in the United States of America and around the world. We seem to live in a time of missed opportunity. Whereas technology gives us the opportunity to collaborate, our political ideologies are fueling discord and dissent at every street corner. South and North Korea are at odds. Taiwan and mainland China are enemies. Heck, in my own family there is disagreement over basic human rights.

Where does this leave us? It, and this should scare us all, leaves us on the brink of global face-offs. They may happen locally, nationally, regionally or, the worst scenario, worldwide, once again. My gut tells me that this is as close as we have been to some form of Armageddon since the Cuban missile crisis of my youth. Shia and Sunni are at each others’ throats. Palestinians and Israelis are still far from a resolution. Basques still want their independence and now, unimaginably, Great Britain is on its way out of the European Union.

I harp back to the thesis of my book The Critical Century. Though written a few years back, it seems eerily relavant in an era of ‘fake’ news. My belief has always been that propaganda works. Unfortunately, it has always been used by the darker forces of society. Instead, this is a time to use it to spread the word of truth, and by ‘truth’ I mean data, facts and other evidence-based findings, not ones own vision of said truth. The problem is that those among us that are most credible, academia, are most silent. Climate change is a possible exception. Indeed, scientists finally came out in the late 90s. They banded together and collectively sounded the alarm bells. But when it comes to economies, waste, governance, the consequences of guns and drugs, the cost of healthcare… where are the facts? The facts are buried deep beneath a crust of dogmatic, ideological falsehoods that serve dark masters. Our political systems have failed us. Rather than fight for truth, they fight for constituent interests no matter how counter these interests are to the common good.

You see, in my travels, I have seen the ‘other’ side. I have seen how the disaffected rebel against reason and I know why they do. They do so out of justified despair fueled by the lack of valid information. They are preyed upon by those seeking to exploit their vulnerability. Case in point, ISIS (aka ISIL) who throughout the past several years have radicalized many who would otherwise have never contemplated a path of hate. ISIS clearly took advantage of an information void compounded by genuine disaffection. Can we blame them? Should we blame them? It is easy to do so. Our politicians have evidently made it their mantra. Deep down, however, we know the truth. The truth is that they are the victims just as a baby’s teeth is the victim of easy sugar. That sugar satisfies. It fills a void. It creates a mild high at a time of regular lows. If we – the greater collective – is to win this battle, it cannot be won through exclusion and fear. It can only be won by making us whole again. WE the human race needs to realize that we are one. Our enemies should be hurricanes, lightning, cholera, AIDS, sinkholes, asteroids, extreme temperatures and all the other things that mother nature and serendipity throw at us. Amongst ourselves, we should be united in our common cause to preserve, not destroy, our common habitat. Our social compact should be about building, not separating or conquering.

I want to live in a world where my neighbor is not afraid of me. I want to imagine that some day the human race will no longer need locked doors and penitentiaries but instead will help those with mental illness, birth defects or violated rights. I know it’s a dream. I am sufficiently lucid to know better. But admit it, at least to yourself, wouldn’t it be better to be whole and united than divided and presumably right?