The following case studies are a small sample of the work done by our principal and analysts since 1977.

Geneva – Switzerland. Geneva International Airport was unhappy with their signage and ergonomics. Travelers and visitors were confused at best of times and during peak ski and summer travel periods, large, obstructive crowds were common. Similarly, air-side, both boarding and transfer ergonomics were flawed with passengers often going to the wrong gates. Though initially award-winning, the signage and flow patterns had become over-complexified.

Seemingly elegant, signage at the airport was an endless barrage of icons, sometimes with text, sometimes in French, other times bilingual, of different colors.

Our Principal was called in to carry out an extensive analysis of all elements affecting passenger and visitor flows. Why were people confused? Why were they bunching up? Why were security lines so long? Why were certain airport stores doing great business while others were struggling? Some of the problems came to light during a passenger survey but, clearly, the solutions required more precise problem identification. The resulting report led to a complete redesign of the airport’s signage and layout. The parking lots, the terminal both land and air-side were fully redesigned and heavily renovated. 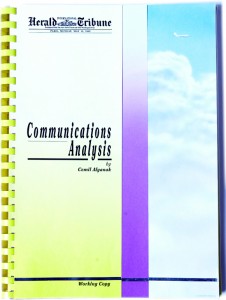 Cover of the IHT analysis report

Geneva – Switzerland. WHO had decided to move to a new management software infrastructure. Its development, on Oracle, would be internal with some outsourcing. The timing was delicate because its implementation would coincide with far-reaching reorganization. To ensure all stakeholders would understand the positive implications of the new system – aka Global Management System – our Principal was brought in to identify the strong and weak points in the roll out and to recommend which to avoid and which to emphasize. Of note, the contract involved a degree of crisis management as parts of the roll out were more contentious than originally estimated. 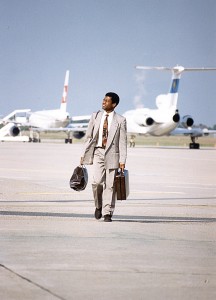 Gland – Switzerland. The World Wide Fund for Nature wanted to understand what motivated people to travel long distances. Why do people prefer to spend more to travel farther, face potentially greater risk and even be more tired upon their return? Travel Emotions was the largest study of its kind. This two-year study was the result of thousands of interviews worldwide and the observation of thousands of travelers as they prepared for, embarked upon, experienced and ultimately returned from their destination. The study covered both leisure and business travelers. The findings were ground-breaking. They uncovered a multitude of unexpected emotions and motivations. Ultimately, the study shaped WWF policy and programs relating to travel, transport and eco-tourism.

Annecy – France. In line with our ongoing policy to service smaller civil society organizations, this organization chose to change its mission and focus. Though small, it was well supported, funded and renowned for its work. The problem was that many of the stakeholders were somewhat opposed to an evolution. Our job was to find those elements in the new mission that would marry the vision of said stakeholders. Ultimately, along with a name change, the organization was successfully reintroduced as a key actor in the local environment. Understanding how the stakeholders perceived this organization’s added value, rather than offer, was the key. 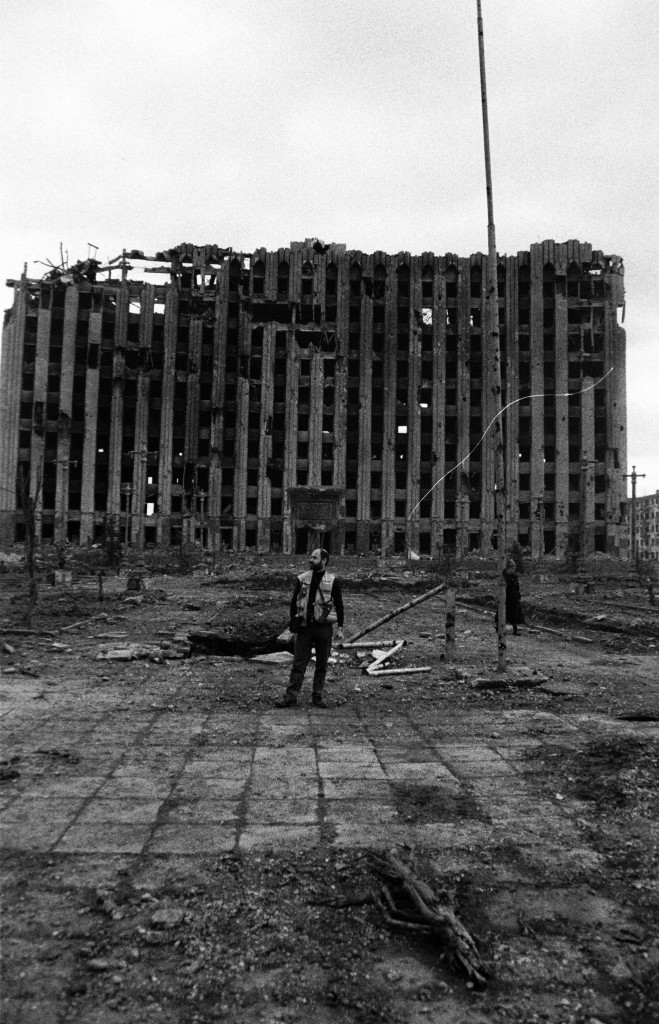 As part of the IOM research, Cemil Alyanak traveled to Grozny at the height of the conflict in 1995.

Geneva – Switzerland. This was one of the largest projects undertaken by our Principal. Over a period of two years, the Organization was analyzed from top to bottom, from Geneva to the farthest foreign mission and from its earliest days post WWII right up until the 90s. Perception by all stakeholders was key including donors, partner agencies, media, staff, serviced migrants and member countries. The result of this analysis was a sweeping re-positioning of the Organization, re-engineering of its core functions and multiple added streams of activity. Twenty years later, many of the initial changes have remained in place.

Montreal – Canada. It was both a small and a large problem. During the 80s, Japanese cars did not enjoy the reputation for quality that they managed to acquire in later years. Canadians, in particular, favored US cars. Our job was not to lower the appreciation of US cars but, instead, to identify qualities in Japanese built cars that placed them on an equal pedestal with their US and European competition. Without pretense, this work lay the foundations for many later marketing campaigns by other Asian car manufacturers as they too launched or strengthened their North American development. 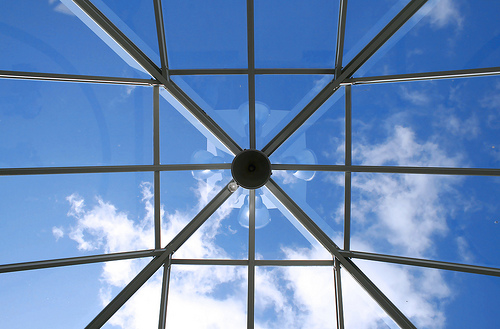 A beautiful view of the sky was not enough to keep people in the agora.

Paris – France. You build three new buildings with a major glass-ceiling agora in the center. Said agora has a park, food vendor, even a stream. The idea is to make it a gathering place for staff and visitors, a place to create a social connection in an otherwise cold environment. Unfortunately, as of day one, people don’t come. In fact, they rush through it as though it was uncomfortable. It was. A sensory analysis revealed that the pressure in the space was far lower than outdoors or in the buildings themselves due to an overzealous extraction system. The result was a feeling of anxiety upon entering the space. A simple three-day shutdown of the system confirmed the problem. The result was an overhaul of the agora’s HVAC system and a newly vibrant agora.

Nairobi – Kenya. Creating a global campaign for the city is no small task. It involves bringing together multiple stakeholders at all level of government, civil society and the private sector. UN-Habitat turned to our Principal to develop said campaign in close collaboration with their renowned lead strategist Nicholas You. The result was the newly names World Urban Campaign which has now become a leading force in urban renewal, dialogue and development. This project was admittedly delicate. It required the collaboration of groups that were not traditional allies. Happily both the launch and its current state were success stories. 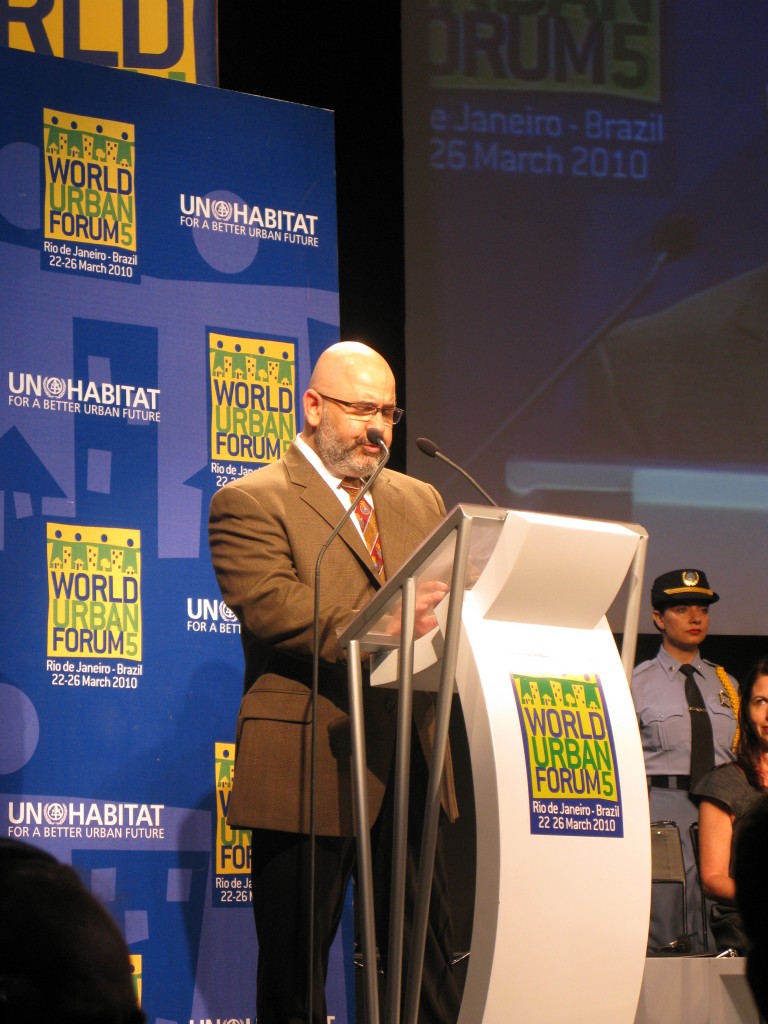 Cemil Alyanak introducing the world to the World Urban Campaign at the 2010 World Urban Forum and its 18,000 attendees

Montreal – Canada. Helping friends is fulfilling. One such friend needed help. His young juice bar, this was the late 70s, was not able to attract clientele despite being delicious, well situated in the food court and frankly affordable. The problem were some of the well known brands on either side of him and that juice bars were not yet in vogue. Who wanted to consume a fruit juice in the middle of the day; orange juice for breakfast, now that made sense. The work was rewarding because after instituting three minor changes, mostly to do with the visibility of the new branding that made it look established, the replacement of fruit images with lifestyle ones and the placement of the juicers, business took off.

Lyon – France. This world-class epidemiology and biostatistics research organization required a communications specialist on retainer to both formulate communications policy and advise the President, Professor Peter Boyle, of best communications practices and strategies. This ongoing contract has led to multiple high-visibility successes including the ongoing National Cancer Institute Directors meeting held annually in Lyon and the World Prevention Summits. Excess Noise also participated in the preparation of major iPRI publications including The State of Oncology, and The World Breast Cancer Report.

Geneva – Switzerland. Said agency, was in the throes of a contentious re-election for the Secretary General. There was a need to ensure that this re-election would not be derailed by a parallel labor-related issue. For the benefit of the Organization and its valuable work, the Excess Noise Principal was brought in to discreetly ensure that messaging for the election was in no way tainted or affected by the labor issue. The entire process played out over a 72 hour period. Ultimately, despite some heated discussions with stakeholders and prodding by the media, the election went off undisturbed and unaffected by the issue which was resolved, amicably, shortly thereafter.

For a more complete list of clients (it omits those clients who request complete anonymity), please visit our About Us page here.